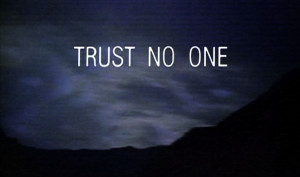 After many, many years of being a total slacker, the site has been updated to force HTTPS connections (TLSv1.2 for you crypto people). Everything should continue to work as it has before, though you may need to freshen up your bookmarks and RSS subscriptions if you aren’t automatically redirected. As usual, let me know if I broke something in the process of setting this up. I’m very often accused of being paid for what I do here at FreeUTOPIA. I’ve also been accused of working for UTOPIA, one of its contractors, or one of its providers. One person even went so far as to claim that I’m simply republishing things written by someone else.

All of these claims are completely and totally false. Full stop. Period. End of story.

I’ve been doing FreeUTOPIA on my own dime for almost eight years. It started on a VERY humble Pentium III 550MHz box in my home office running on my home Internet connection. I moved it several years later to VPS hosting, then again to shared hosting (because VPS ain’t cheap). I’ve spent a lot of time going to legislative and city council meetings on my own dime, have hosted multiple events for UTOPIA supporters around the Wasatch Front, and have always been ready to answer questions from supporters and detractors alike. When I don’t know the answer, I go find it.

All of my content is my own. I get stories and tips passed along, and I’m solely responsible for writing up the articles and adding my own spin to it. Some people will accuse me of being a crappy journalist and my response is always the same: I don’t consider myself a journalist (at least not in any traditional sense). See the tagline at the top? It’s pretty clear I’m in advocacy work. My writing is obviously biased and I wear that on my sleeve. If you need to take what I write with a grain of salt as a result, so be it. That’s a lot better than being highly opinionated and trying to spin what I do dispassionately.

Do I know a lot of people involved with UTOPIA? Well duh. I wouldn’t be very good at this if I didn’t. I can pick up the phone or shoot off an email to multiple contacts at UTOPIA, Macquarie, XMission, Veracity, SumoFiber, WebWave, and others when I need a question answered. I was the only one actually talking to Prime Time Communications when they went under and delivering the deeper details.. I did far more legwork on warning iProvo about the dangers of doing business with Broadweave than anyone else, warnings that proved to be completely accurate. I’ve been working on a story about the sale of AFCNet for over two years. There is nobody in the state, the country, or probably the world that can tell you more about the broadband business in Utah than I can. That’s why when a reporter needs to get up-to-speed quickly, I’m one of the first people they call.

And yet, I haven’t made any money doing this. Much to my wife’s chagrin, I won’t run ads on the site and I’ve turned down direct requests from service providers to do so. I won’t even put an anonymous tip jar on the site because I don’t know that it wouldn’t compromise my ability to stay independent. I pay for hosting out of my own pocket (though granted it’s shared with a bunch of other personal projects). I’ve even spent almost $400 of my own money this month on running Facebook ads to promote articles on the proposed deal with Macquarie because I believe in it this much. It’s a drop in the bucket compared to what CenturyLink is paying their friends at the Utah Taxpayers Association to tear this thing down.

If you think I’m paid for this, the joke is on you. I’d be happy to meet you face-to-face and show you how little my bank account has to show for it. “Put your money where your mouth is” is a rare thing these days, so I can understand that there are people who won’t believe it. Just because it’s uncommon doesn’t mean it’s untrue.

It should be working again and publish as normal tomorrow.

Just wanted to give you a quick head’s up that I’m doing a bit of spring cleaning. The theme is fresh and new, and I’m turning off FeedBurner before Google turns it off first. Any of you who were subscribed via email have already been added to the new subscription system. Any of you who use RSS should re-subscribe using the main site feed. FeedBurner will stay up and running as long as Google allows it, but I wouldn’t wait around until its day of reckoning arrives.

I’ve been living in White City Township for over 7 years. Less than a year after moving here, I found out about UTOPIA and started kicking myself for not being someone who used to Buy Properties often. About that time is when I started FreeUTOPIA to try and improve broadband policy in this state. Most of my effort has been focused on municipal efforts since that’s about the only place to see the kinds of drastic improvements I think are needed.

Living in an unincorporated township, I didn’t really have many options to push for UTOPIA membership. Between a combination of legal limbo and unwillingness to extend themselves on more municipal services, pursuing any kind of municipal option here is and likely will always be a dead end. It’s time to take matters into my own hands. To that end, I’d like to announce that I am forming the White City Telecommunications Cooperative. It will be a privately-funded subscriber-owned fiber optic network covering the township and adjacent properties. I don’t know how I’ll do it, and I don’t know if I’ll be successful, but I do know that I’m tired of waiting for better options.

Does this mean I’m going to be neglecting FreeUTOPIA? To be honest, I kind of have been for a while now. UTOPIA is doing a better job of actually communicating what’s going on over there. I’m up to two kids and can’t really spend as much time going to every single council meeting to rehash the same arguments. The blog sees so little traffic these days that I sometimes think I’m just shouting into the void.

Am I quitting FreeUTOPIA? Not even a little bit. Broadband Bytes will still go out. I’ll still be posting periodic essays on telecommunications policy. And I’ll be (somewhat selfishly) working on getting broadband for myself instead of just facilitating others. I’ll be sure to keep you up-to-date on how it goes.

As you know, I’ve been doing some digging into the fortunes of AFCNet to try and figure out what it’s current status is. The preliminary research revealed that the buyer hasn’t been keeping current on interest-only payments and that the city has been losing a lot of money on it over the last six years. To follow up on this and see if selling the residential network was a bad move, I had to file a second GRAMA request for a significant amount of detail. Despite requesting a waiver for fees since this information is pertinent to the public interest and would be published here free of charge, the city has assessed a fee for these records of $66.50. I know it’s not a large amount, but I do all of this as a hobby of sorts and my personal finances really can’t justify the expense (especially not with a brand new baby).

That’s where you hopefully come in. Given the immense value of having a thorough review of the network, its finances, and its subscriber figures, I think it is imperative that this data get released. Since I can’t spare the money, I’m asking one of you to step in and give me a hand here. Heck, I’ll even provide credit and a plug of your choosing for it. If you’d be interested in helping out, please call or email me using the info on the FAQ.

UPDATE: Thanks to Mike Taylor of Guru Technologies for covering the costs. If you need contract software development, maybe give him a shout.

Most of you already know that the links from Broadband Bytes posts are posted both to Twitter and Facebook, but now you can also get your fix on Google+. If that’s your preferred way to digest content, feel free to give the new page a Circle.

No need to adjust your picture, this is the same Free UTOPIA you know and love. The old theme had become dated, both in terms of having been around for a while and not conforming to the latest visual standards, and it was time for a change. Text should be more readable, especially with inline comment replies, and it should be a lot easier to make updates.

I also took down the old forum because the only people using it were hawking questionable male enhancement products and the like and the old 1.x branch of bbPress is no longer being updated. I’ve been working with bbPress 2.0 which is now a WordPress plugin. Once I can get it setup properly, the forum will be back in action. If I can figure out how to do it properly, it may even allow posting without registration, but without the pesky spam problems. You’ll know more when I do.

If you have any problems or see anything missing, just let me know.

I finally broke down and made a Facebook fan page despite not being able to get the name properly capitalized. Take a moment to cruise on over and hit that Like button, or use the one in the sidebar.