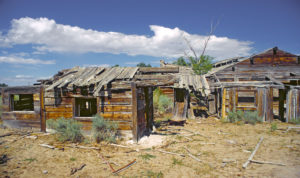 Reading about how bad rural broadband can be is one thing. Experiencing it is another. Living in Cedar City for three years and spending a lot of it exploring Southern Utah from here to Delta to Moab to Mexican Hat has made it painfully obvious how awful the situation is across large swaths of the state. Unfortunately, almost all of the attention for improving broadband has been focused on the Wasatch Front with the occasional bone thrown to St George. While a few towns have been the beneficiaries of Universal Service Fund money building fiber to their doorstep, most of rural and small town Utah has been left behind.

Businesses now consider sufficient telecommunications services to be as critical as roads and utilities like water and power. This means being able to both purchase sufficient speeds and do so at a reasonable price. Across the Wasatch Front and the metro Saint George areas, businesses can buy almost any speed they want from multiple competing carriers. But when it comes to rural locations, you’ve lucky if you even get competition between two companies for access quality that would have been considered merely adequate a decade ago. Neglecting this critical infrastructure is not an option to attract serious businesses to Utah’s smaller towns and rural counties.

In the middle of this is the Utah Broadband Project. Now, I do not meant to throw them entirely under the bus. Their mandate is to map out broadband data across the state and they do so with relatively few resourced. When there are inaccuracies pointed out to them, they are quick to correct them. That said, this is the limit of their mandate and funding. They have no authority or funding to do real world broadband surveys to determine if the self-reported data from providers is accurate at all. When I talked to the head of the program, Kelleigh Cole, her concern at any expanded authority was that providers would no longer be willing to voluntarily give up data on their coverage and speeds. That self-reported data often contains inflated claims about speeds and availability. More frustratingly, the agency takes absolutely no positions on what can be done to improve broadband around the state, instead being a broker for the very limited data they compile.

So what we have is an agency doing the best they can with the extremely limited money and power they are provided. Unfortunately, it leaves us with a very incomplete and often inaccurate picture of the broadband landscape. This data is being actively used by legislators and city officials to craft broadband policy. If we give them bad data, they will make bad decisions. GOED is not an exception to this rule.

Those bad decisions seem to be the result of the unfortunately rote GOP line of “let the market sort it out”. Well, the captive markets of rural communities have been sorted out, and it’s overwhelmingly a case of CenturyLink more-or-less abandoning those markets, a few scant cable companies gobbling up the markets where they actually compete, wireless ISPs providing speeds that don’t fit the legal definition of broadband, and a few ILECs gorging themselves on federal monies to entrench their own monopolies. The rural and small town “markets” get subpar speeds at inflated prices and often have very little actual competition. Looking at the goals set forth in the almost three year old Utah Broadband Plan, a document wipe with platitudes and obnoxiously passive voice, it appears to be on track for being ineffective at doing much of anything.

GOED needs to be very clear that without rural broadband, it cannot fulfill its promises to deliver new jobs to rural areas. Legislators in rural areas need to respond by giving the Utah Broadband Project the kind of teeth it desperately needs to actually improve the state of broadband in Utah through accurate data. And, like it or not, the state is going to have to spend money on critical middle mile projects and remove barriers to wholesale open access municipal networks like UTOPIA if it really wants to spread affordable, quality, ubiquitous, and competitive broadband throughout the state. Paul Mero issued a pretty clear call for political conservatives (especially those in Utah) to stop being ideologues and start actually getting things done. This is a sore spot where they can do so with overwhelming public approval.

Time to get on the ball.

Is Utah finally getting serious about broadband? Maybe. Rep. Stephen Handy is proposing a new Utah Broadband Outreach Center to spur more development in the state. Like the Utah Broadband Project, it would be attached to GOED and have a director appointed by the agency. Its stated purposes are to coordinate between state and local agencies to ensure best practices (like proactively notifications of open trenches) and make policy recommendations to both the governor and legislature.

This is one of those two-edged swords depending on who the agency chooses to involve. If existing players get to dominate the conversation, we’ll get more incumbent-protecting legislation and little improvement in service or competition. If they involve local ISPs and other stakeholders, it could actually do some good. Given that both Comcast and AT&T have expressed support of the bill, they seem to think they have a shot at gaming it, so it would be critical, if this bill were passed, to make sure the agency hears from you about how it should operate.

The first unfortunate thing that pops up is that the group that put together the report recommends against treating broadband like the utility it is, yet it also rightly calls it “infrastructure”. Despite broadband being more-or-less unregulated as it is and leading to no competitive choice for 25Mbps+ for 55% of Americans, they state flatly that regulation “would be costly and could result in undesired impacts including constraining industry growth”. This strikes an immediate poor response for the many Utahns who, even in urbanized areas of Salt Lake City, cannot purchase wired service that meets the legal definition of broadband.

One of the long-standing complaints with UTOPIA has been a lack of data and, to be honest, it’s a fair criticism (and one I share). At the top of the list is trying to figure out just where the heck service is actually available. Thanks to the Utah Broadband Project, we now know. Just select UTOPIA from the list of providers and you’ll know which census blocks the service is actually available on. Naturally, it doesn’t mean that every house has an existing connection, but it gives you a much better idea than just “somewhere in the city”.